One plate (or box of food) at a time

Ms Nguyen administers a Covid-19 test at her restaurant on December 18.

Saigon Social, a Vietnamese restaurant on Manhattan’s Lower East Side, has only ever existed in pandemic-era limbo.

It opened up two years ago to labor shortages, supply chain issues and sudden closures. Its owner, Helen Nguyen, had to play every role in the restaurant, while scouring the city for ingredients, containers and condiments. 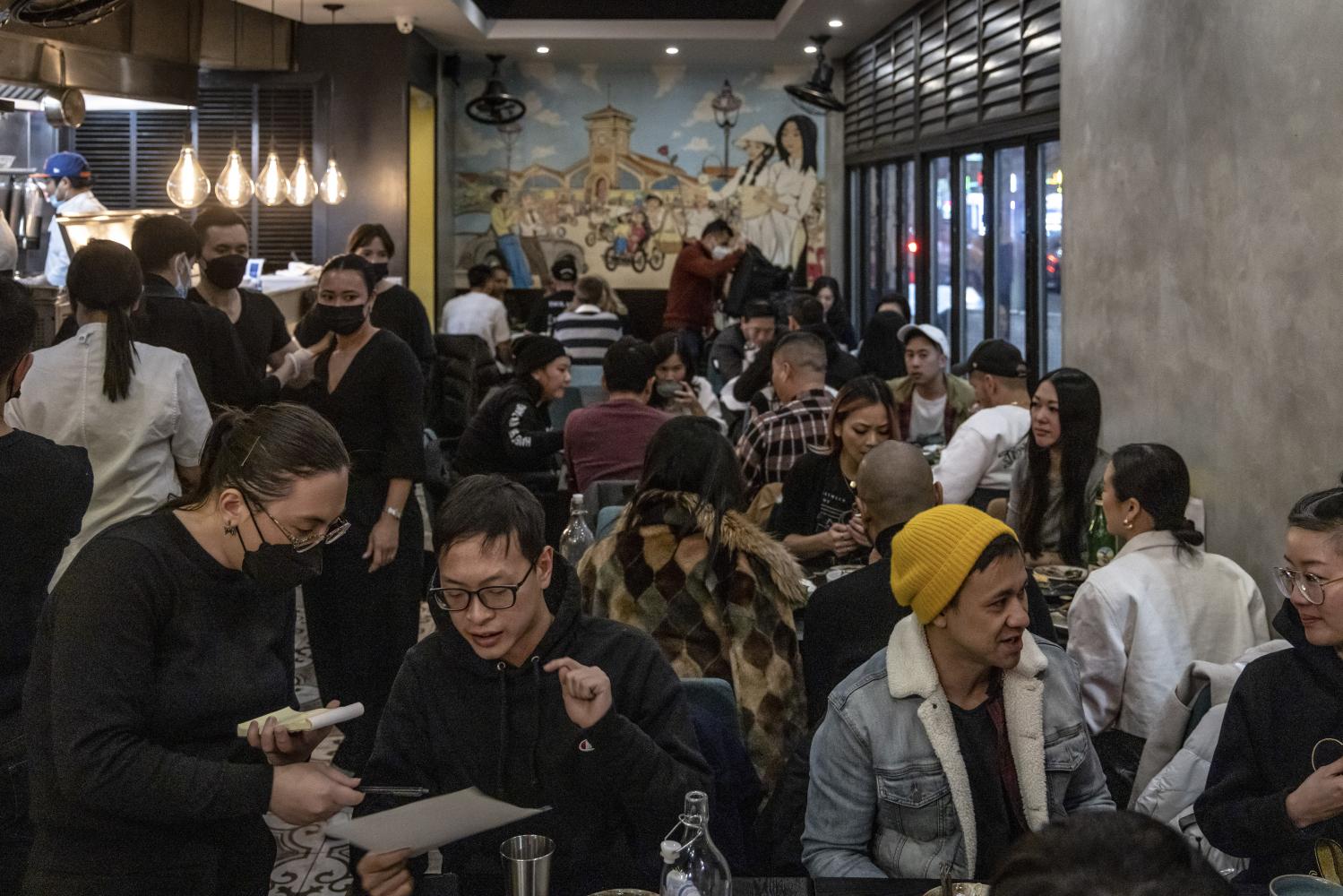 People dine at Saigon Social, a Vietnamese restaurant on Manhattan’s Lower East Side, on March 3.

When coronavirus cases in New York rose again in December, businesses announced temporary closures. Saigon Social was among them.

“At this point, I don’t even mind,” Ms Nguyen said. “We’ve been closed and delayed for so long, I never really got a chance to open.” 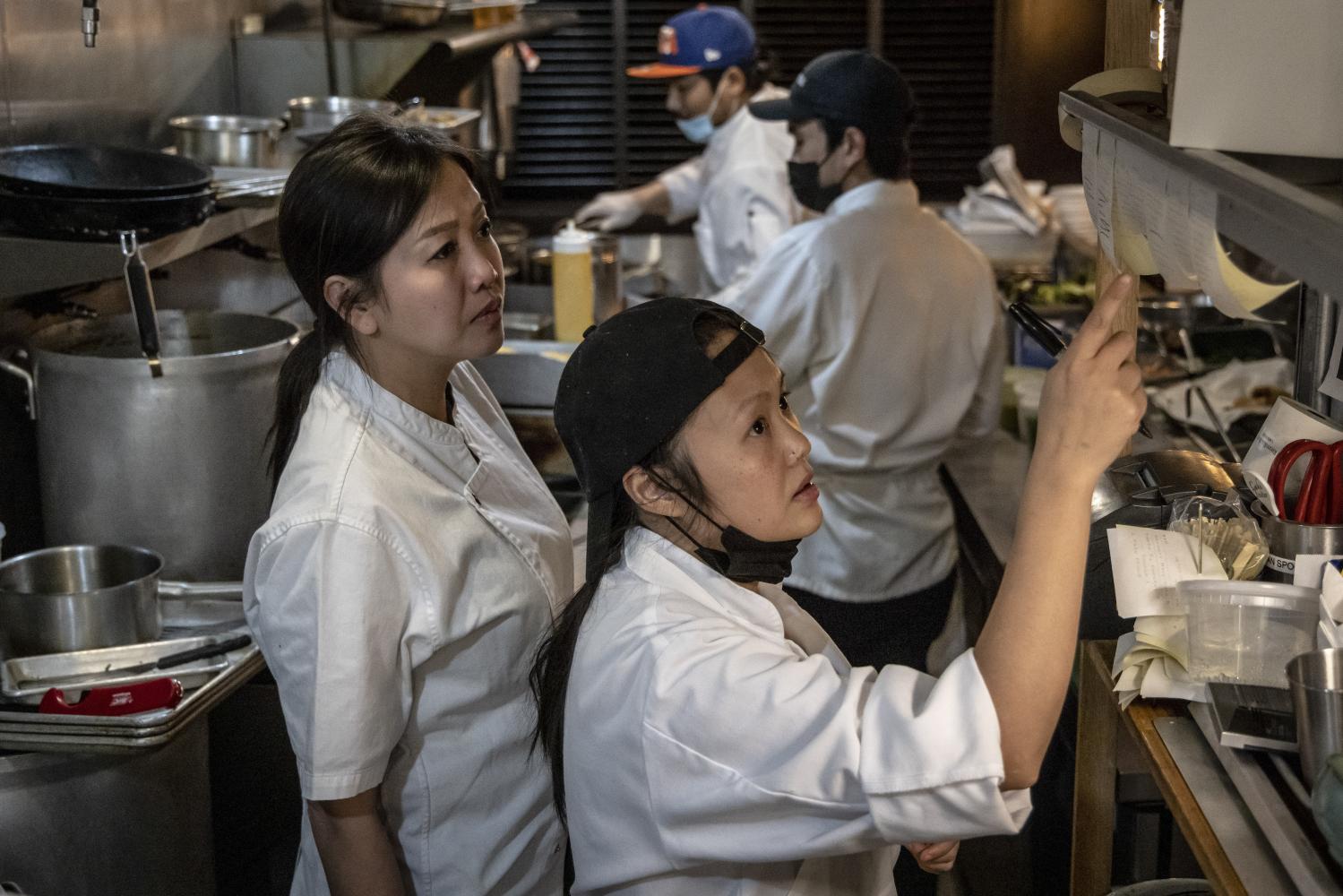 Despite her bravado, Ms Nguyen approached her breaking point as she faced her second pandemic winter. But February was better than the previous month, and in early March the mask mandate in New York was lifted and restaurants were no longer required to check for vaccination status. It reopened with a new menu, leaving behind the takeaways that were needed to survive.

But as cases rise again in New York, up 30% in two weeks, his mettle will again be tested. 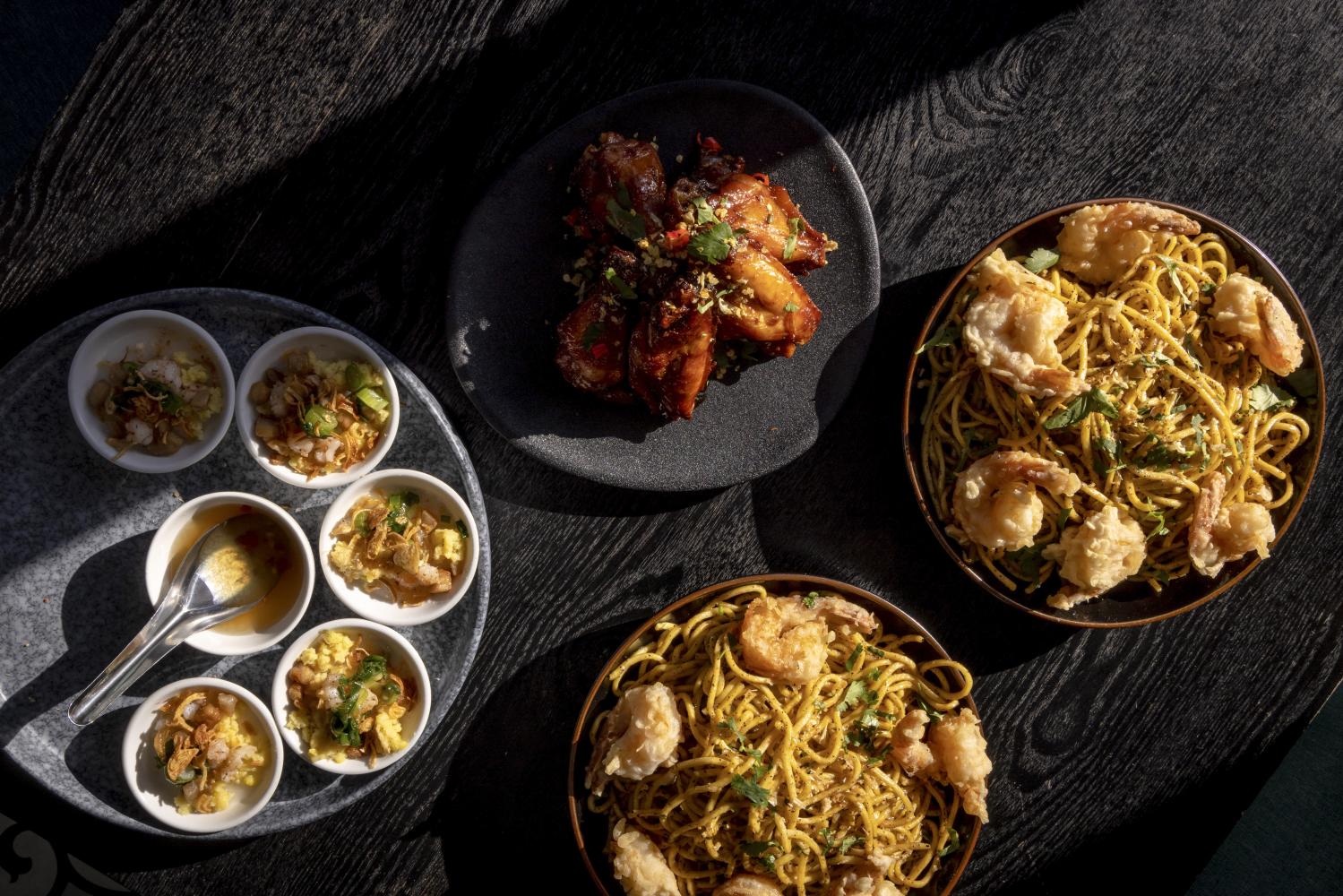 In other words, Saigon Social’s grand opening happened at the worst possible time. It opened too late to be eligible for the Paycheck Protection Program, an integral part of the federal relief effort. But it was too soon for Ms Nguyen to have a loyal following and a take-out menu to cope with the ever-changing restrictions.

“I slept in the restaurant every night for that first month because I was so depressed,” Ms Nguyen said.

New York is a city of restaurants and Ms. Nguyen is a rising star there. She spent years working for the famous Michelin-starred chef Daniel Boulud. She has participated in the prestigious Bocuse d’Or cooking competition in France and has made regular television appearances on Food Network and Vice’s Munchies. Saigon Social is her first restaurant on her own.

But running a food business in New York means operating on razor-thin margins, and sometimes the smallest disruptions — let alone a pandemic — can be the difference between winning accolades and shutting down for good.

The streets emptied in December as cold weather set in and fear once again gripped the city. The number of virus cases skyrocketed and Saigon Social’s catering business dropped to a trickle.

“Having to turn away so many diners is heartbreaking, but it’s the right thing to do,” she said. “I can’t take the risk.”

Home Covid tests quickly petered out, so she approached her neighbours, offering to swap Fernet Branca snaps for spare kits.

The tests have become a daily ritual at the restaurant. “Don’t worry, I worked in a hospital,” Ms. Nguyen told her employees. “As a performer.”

Catering orders arrived only once or twice a week, and on some days take-out sales barely exceeded US$500 (16,700 baht), nowhere near covering labor costs. Negative test results were often the only good news Ms Nguyen would hear. She ended many nights by toasting with friends: “Fernet about it!”

Ms. Nguyen is part of a cultural vanguard of influential Asian Americans. Philip Lim, a fashion designer, and comedian Ronny Chieng are friends and clients. She describes her entourage as a “team of Asian restaurant bosses” filled with successful business owners from across the city.

Ms. Nguyen’s community extends to the elderly and others in need around her neighborhood. She produces hundreds of meals a week for Heart of Dinner and Feed Forward, hunger-focused nonprofits. These catering jobs have helped Ms. Nguyen keep the restaurant afloat.

“You feel you are helping the community, but it is actually the community that is saving me,” Ms Nguyen said. 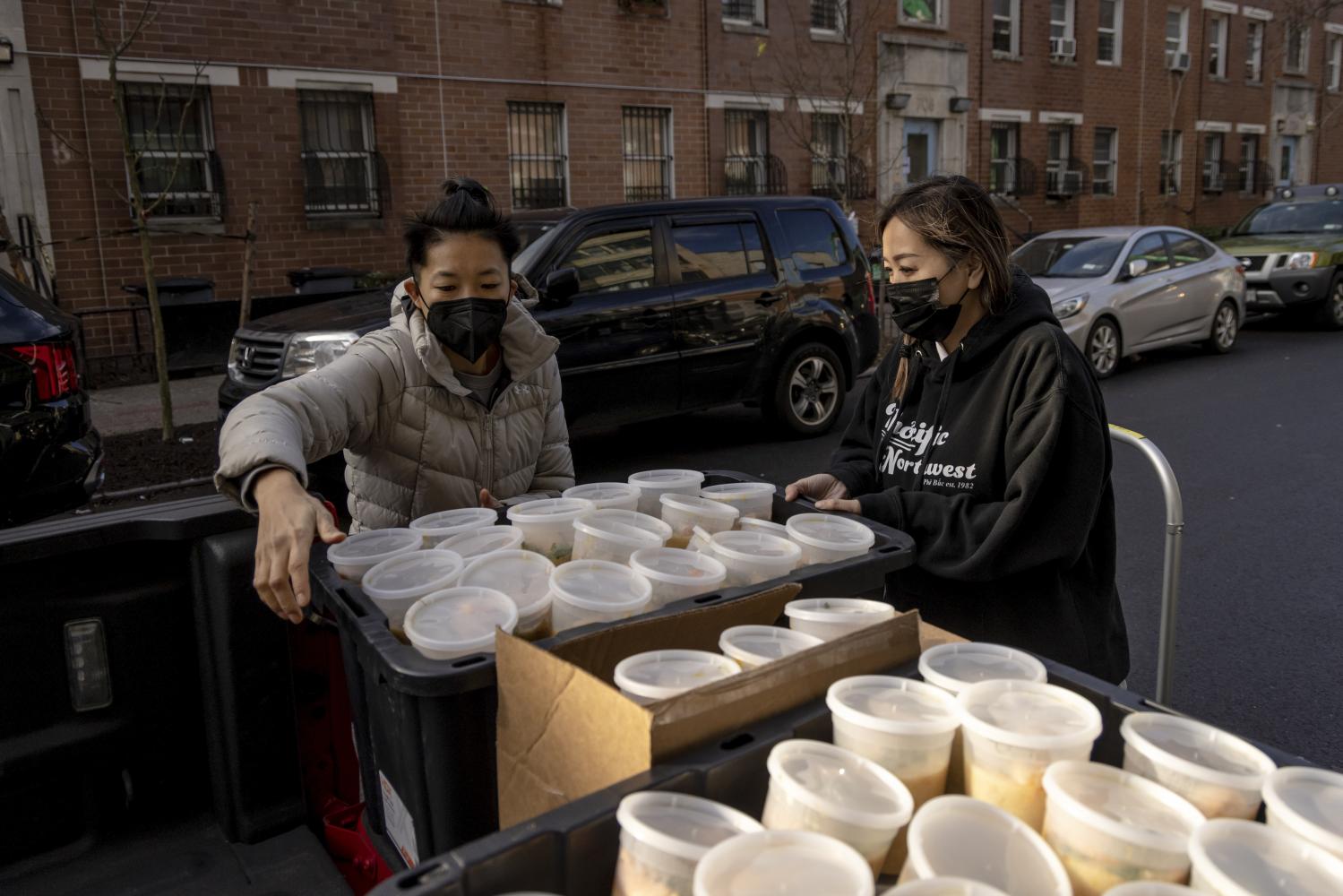 Normally a restaurant would have a chef in charge of the “back of the house”, managing the kitchen and the cooks. A manager would run the front desk, overseeing waiters, decor, reservations, and anything unrelated to food. At Saigon Social, Mrs. Nguyen often does everything. “I’ve been a boy band since the very beginning,” she said.

The economic recovery during the pandemic has resulted in a severe labor shortage, including in the service sector. According to the Labor Department, in January there were more than 11 million job openings nationwide, a 61% increase from the day before the pandemic. Ms. Nguyen has simply not been able to find enough qualified people to work for her. Even when there were lines of diners pouring out the door last summer, she was forced to limit service.

So when Omicron started to spread, she closed the dining room rather than risk exposing her few employees to infection. Some still fell ill.

Shortly after the New Year, his first server tested positive. Then the sous chef and another server quickly followed. Ms. Nguyen quickly jostled between all the stations in the kitchen while responding to phone and tablet orders.

“We ran with a skeleton team,” she said in mid-January, when deserted streets invited even more vandalism than usual. “I feel pretty exhausted right now.”

At the end of January, two friends came on board to help him restart the restaurant and organize the grand opening party he had never had. 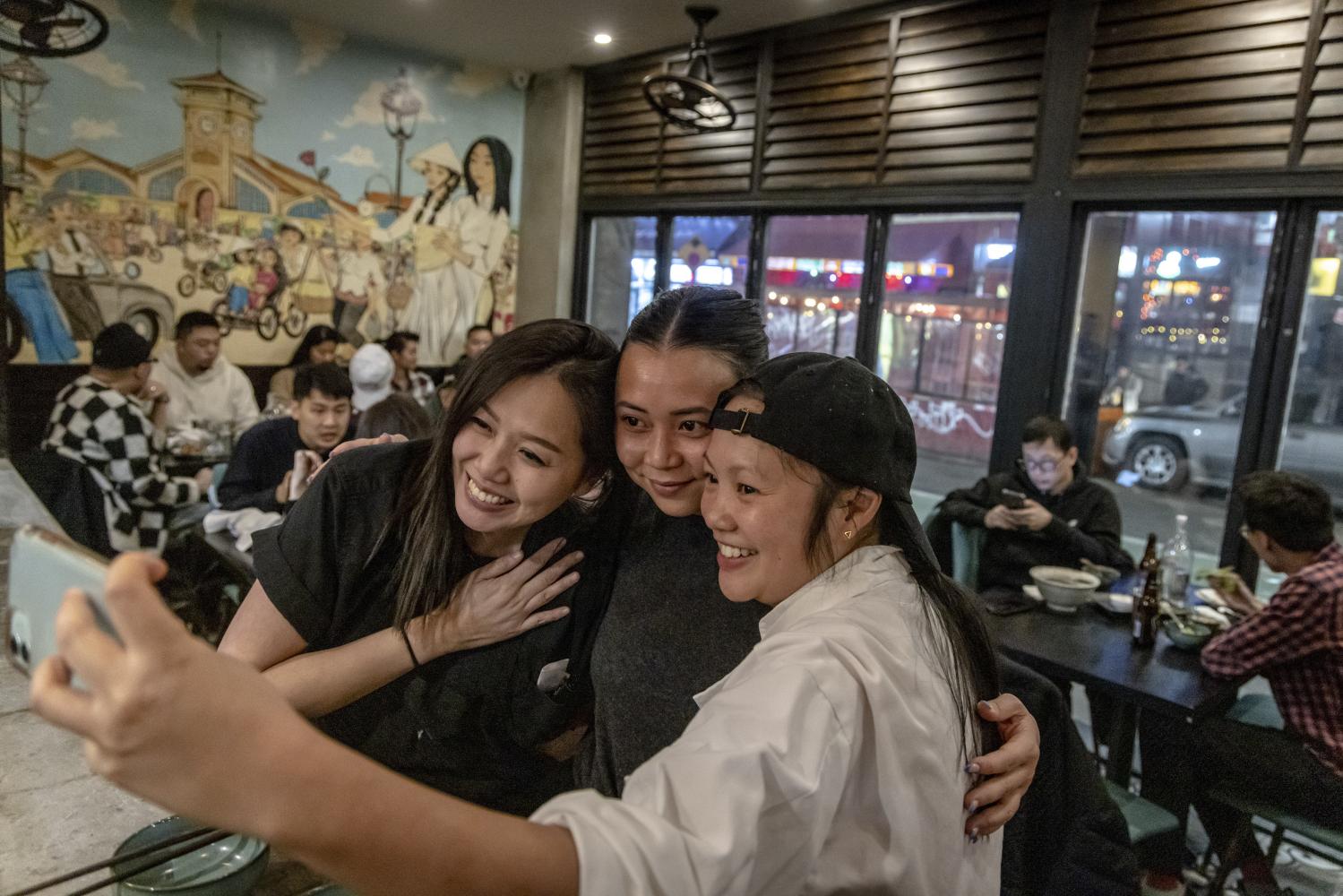 Emily Yuen, who has spent the past five years as head chef of Bessou, a Japanese restaurant in NoHo, offered to help revamp the menu to make it less focused on takeout and delivery.

Jennifer Saesue, who led a team of 53 at Fish Cheeks, a Thai restaurant, joined as an associate to optimize indoor operations. She took advantage of the improving labor market to conduct a hiring campaign, tripling the number of servers.

“She was trying to do everything, but it’s an impossible task,” Ms Saesue said. “We have enough people now to get the ship started.” 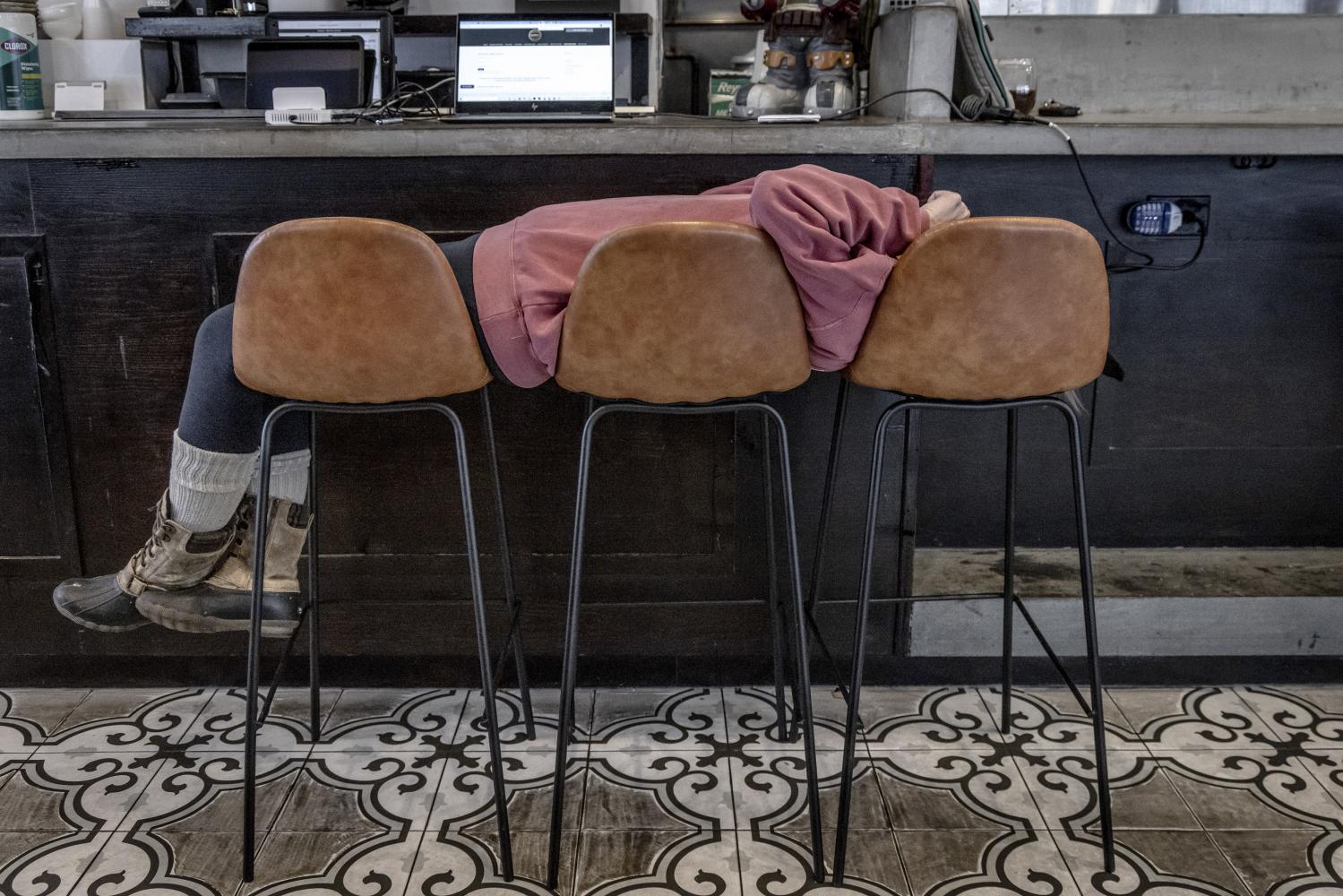 Helen Nguyen, owner of Saigon Social, rests at the restaurant.

The revised menu was taking shape, featuring dishes Ms Nguyen had long wanted to serve but couldn’t because they wouldn’t travel as well in take-out containers.

“It’s a different energy, putting it right and not just putting it in a box,” Joshua Lemi, the junior sous chef, said of the new menu. It featured dishes like banh beo chensteamed rice cakes topped with stuffed shrimp served on six sauce plates.

“Not everything you’ve seen in the past two years is what I wanted to cook,” Ms Nguyen said. “We don’t just want to be a banh mi and noodle shop.”

The reopening of Saigon Social in early March was preceded by two days of “friends and family” service, to allow the new team to acclimatize. But once news broke that the restaurant had reopened, friends and fans showed up. 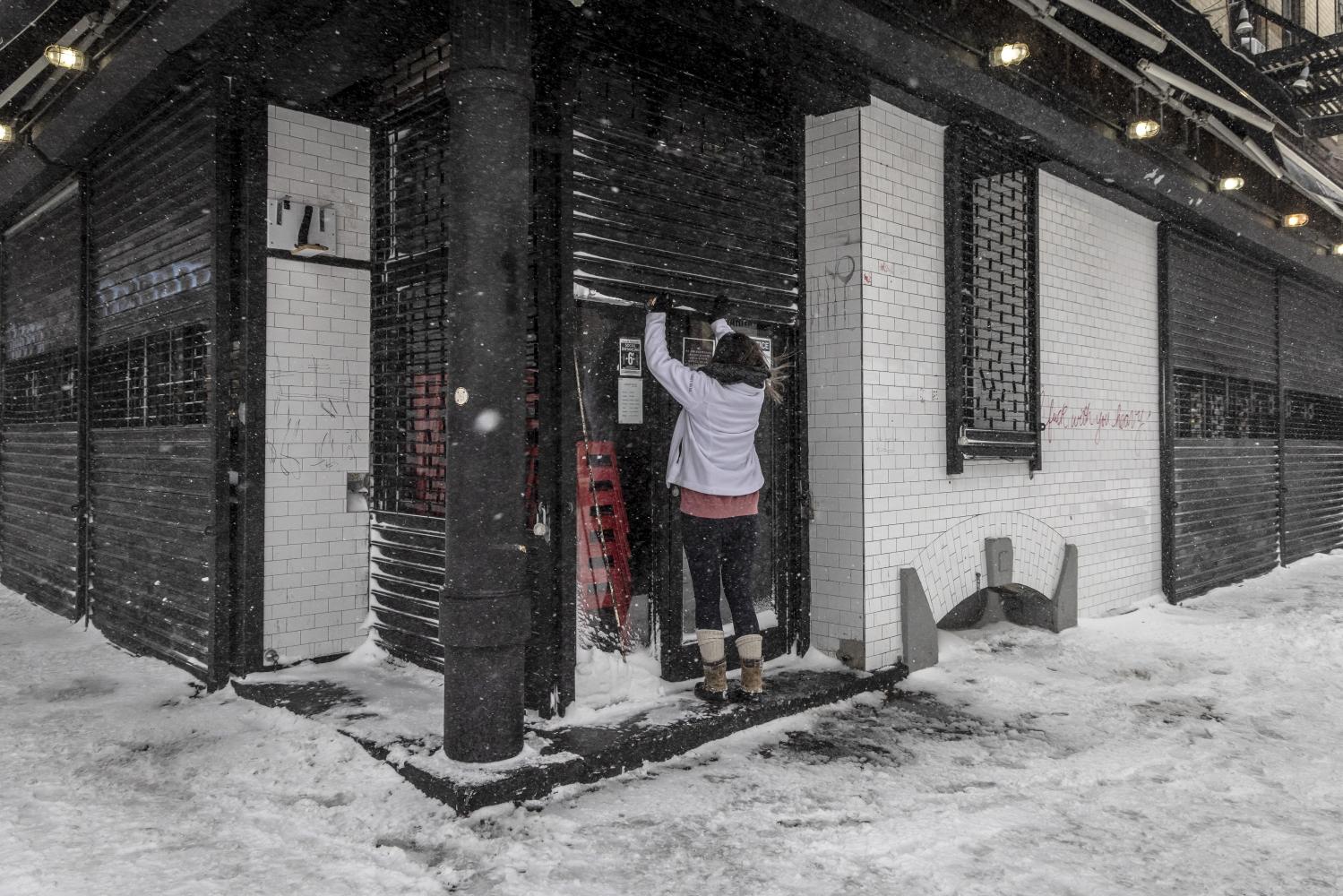 At the moment, the restaurant is carefully monitoring the number of cases but has no plans to close again. Most of the time, Ms. Nguyen is able to focus on the positive.

She was recently nominated for a James Beard Award – known as the Food Oscars – for Best Chef in New York State.

And she won another kind of award.

For the first time in months – maybe even in two years – Ms Nguyen began to return home before midnight.

Your photos of the cutest companions in ...