My time on the classical stage

For this month’s episode examining gender themes in live performance, I thought I’d do something a little different since it’s my birthday month. I will be watching three of Shakespeare’s shows that include genre elements that I was lucky enough to get cast in while still performing. What I love about Shakespeare is that it has stood the test of time. The themes he wrote about are always relevant to today’s audience. Also, I love the versatility in how these shows are presented. Changing the period of the set to help it relate to current audiences and find new and creative treatments while keeping the same beautiful poetry is a unique aspect of theater in general, but more specifically with Shakespearean performances. In this article, we will examine Macbeth, A Midsummer Night’s Dreamand Storm. Each deals with the supernatural, some in fun and delightful ways and some in gruesome and deadly ways.

Macbeth’s Tragedy (1606) – Macbeth and his friend Banquo are met after a battle by three witches who prophesy that Macbeth will be king and Banquo’s descendants will also become king. Macbeth does not believe this is possible, as he is not in line for the throne, but his wife, Lady Macbeth, convinces him it could be done, and so the two plot and kill King Duncan, the reigning monarch blaming it on Duncan’s sons. Macbeth ascends the Scottish throne, but the second part of the witches’ prophecy confuses him, so he derives a plan to kill his friend Banquo and Banquo’s son, Fleance. The first part of this plot is successful, but Fleance escapes. Macbeth again receives three prophecies from the witches. First, beware of McDuff. Second, that no man born of a woman can harm her. Finally that he will remain king until “Great Birnam Wood comes to Dunsinane Hill.” Taking all of this to mean he’s safe, since all men are born of women and how can a forest climb a hill. Macduff fled to England and gained support there and returned to fight Macbeth and return the throne to the rightful heirs. In the meantime Lady Macbeth has been driven mad by guilt over what they have done and as the battle begins to escalate she commits suicide. As the prophecies begin to come true and Macbeth learns what the witches’ visions really meant, he continues to fight until he is finally beheaded by Macduff in a final battle and the order is restored.

This play has it all, action, adventure, sword fights, ghosts, witches, prophecy, curses, magic and murder. This show is said to be cursed and there are documented accounts from most productions of terrible things happening to the cast and crew. I’ve done this show twice and it was the first Shakespearean show I’ve been on, being cast as Young Seward, a fiery young boy who battles Macbeth at the end and meets his doom. I have the dubious honor of being the “cursed” in this production. I was seventeen and while I was helping to paint the set, a four pound weight used as a counterweight for the mechanism that moves the set pieces fell off a catwalk and fell fifty-two feet , shaving my forehead and giving me a linear skull fracture, a quarter inch in any direction would have severed my brain and killed me. I still participated in the show, but no longer in my original part. Even with all that, it’s still one of my favorite shows and years later I was offered the role of Banquo in a highly stylized 1940s themed production that was great fun and as far as I know, nobody was cursed in this production. 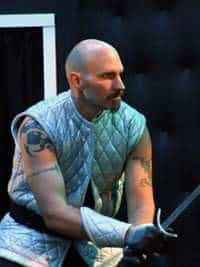 There have been many film productions of this play dating back to a silent film in 1908. Orson Wells directed and starred in a version in 1948 and Roman Polanski directed one in 1971. Jason Connery and Sean Pertwee (sons of famous fathers ) have both played the role over the years. Fan favorites Ian McKellen and Judi Dench played Macbeth and Lady Macbeth in a 1979 shoot of the stage production directed by Trevor Nunn. And not to be outdone by his good friend, Patrick Stewart starred as the role in a 2010 TV adaptation. More recently, 2021 saw Denzel Washington and Frances McDormand as the fatal couple.

A Midsummer Night’s Dream (1595) – In Athens, Duke Theseus marries Hippolyta and as they prepare for their nuptials, the Duke is confronted by Egeus whose daughter Hermia is in love with Lysander, but her father has arranged her marriage to Demetrius who is in love with Hermia. The law states that Hermia must marry whoever her father chooses. So she and Lysander decide to flee Athens for her aunt’s house in the forest. Hermia tells her best friend, Helena, but Helena is in love with Demetrius and, trying to win back his love, tells Demetrius their secret plan for the four lovers to run away to the forest. A group of rough mechanics also prepare for the nuptials and put on a play to entertain the Duke and his new bride on their wedding night. They ventured into the forest to rehearse. Also in this enchanted forest are Oberon, the king of the fairies, who fought with Titania, his queen. In an attempt to shame her, Oberon wants to use the liquid from a flower that makes a sleeping person fall in love with the first thing they see. His plan is to make Titania fall in love with a brute beast. All of these storylines collide when Oberon’s henchmen, Puck, while trying to help the four lovers, accidentally put the juice in the wrong person’s eyes, causing mayhem. Additionally, he turns Bottom, one of the mechanics into a donkey (donkey) and makes Titania fall in love with him, which causes hilarity as she taunts the bestial abomination. But King Oberon sets everything right and Hermia and Lysander and Helena and Demetrius all fall in love with the right people, Titania is reunited with Oberon, Bottom becomes human again, and the rough mechanics play their game for the Duke and his Queen. And even if everything does not go as planned, everyone is satisfied with a job well done! 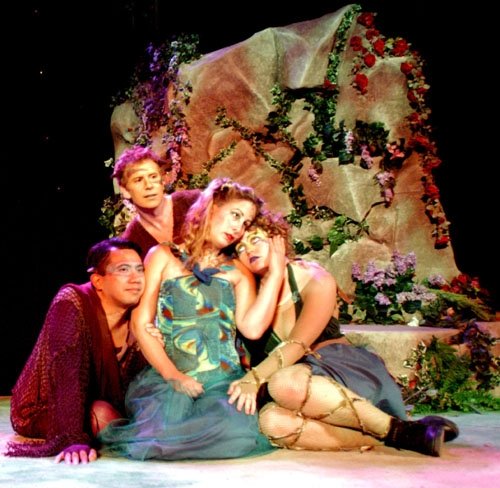 I had the privilege of playing Bottom the Weaver twice and both times it was glorious! The first time was in college, and while I feel like I did him justice, I really didn’t understand a lot of what I was saying. Years later, I was chosen by two close friends who ran the play. By then I had matured and was able to bring a lot more to the role. I will forever be grateful to them for giving me the opportunity to bring to life one of the funniest characters I have had the joy of portraying. 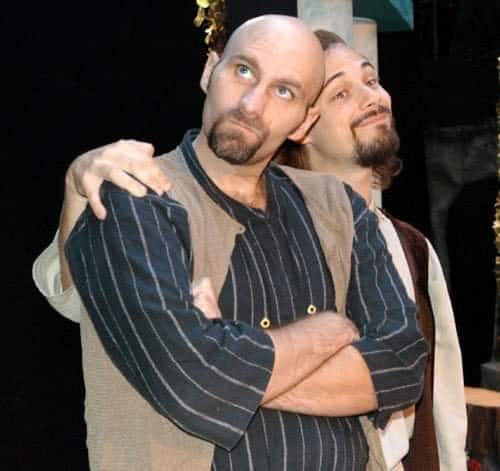 Although it’s a popular and very fun play to play, there aren’t as many famous movie versions or adaptations, but it has been done over the years. There is a 1909 silent film and a 1935 film starring Mickey Rooney as Puck and Olivia De Havilland as Hermia. There is a 1968 film with Judi Dench, Helen Mirren, Diana Rigg and David Warner. Although not the most recent release, a 1999 production is one that modern audiences will remember, with Kevin Kline playing Bottom, Sam Rockwell, Stanley Tucci, Rupert Everett, Michelle Pfeiffer, Anna Friel, Dominic West, Calista Flockhart, Christian Bale and David. Strathairn stares. 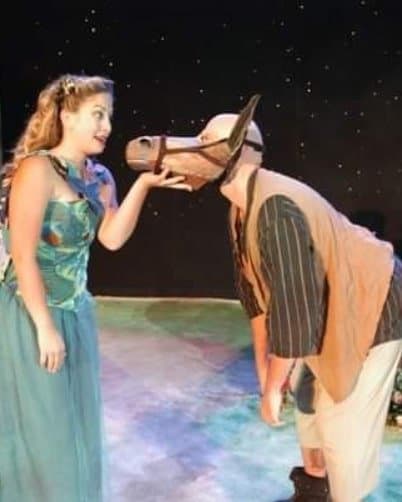 Storm (1610) – Usually when we think of Shakespeare shows, we put them into one of three categories. Tragedies, like the aforementioned Macbeth, comedies, like Dream of a summer night. And stories, like King Henrys and Richard III. But Storm doesn’t really fall into any of these and has elements of both tragedy and comedy, so modern comedians have created a fourth category calling it a romance. The overthrown Duke of Milan, Prospero, escapes with his infant child Miranda and his books on magic to a remote island where he has captured the spirit Ariel as a servant and enslaves the evil beast as the creature Caliban. Years later, when a boat carrying Antonio, the brother who usurped his duchy, Alonso, the King of Naples, Ferdinand, Alonso’s son and other nobles approaches the island, Prospero uses his clever magic to create a storm to bring these characters. to the island unscathed. It then presents a plot to have his title restored and guide Ferdinand and Miranda into a relationship while foiling his brothers’ plans to kill Alonso by propelling Sebastian to the throne and crushing the comical rebellion of Caliban, Trunculo and Stephano (servants of the kings). In the end, all is forgiven and the world is set right, with Ariel set free and Caliban sworn to behave. Prospero eventually gives up magic and becomes the rightful Duke of Milan. 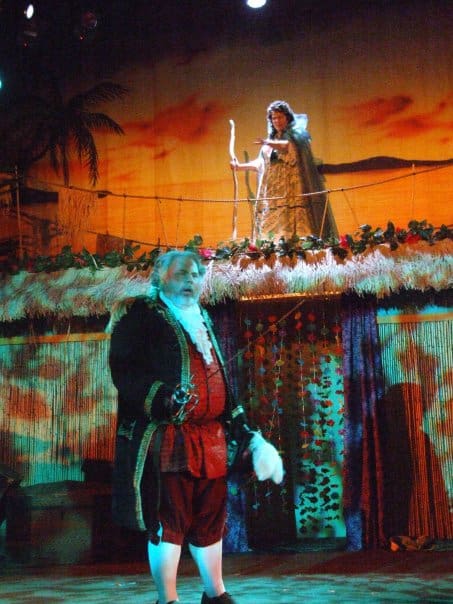 Considered one of Shakespeare’s last plays, putting its author around 1610-1611, many believe it to be a fable of art and creation. Prospero renounces magic is seen as Shakespeare saying goodbye to the theater. It is also believed to be an allegory about the European colonization of foreign lands which was actively taking place at the time. It is often thought that Caliban, which is almost an anagram of Cannibal and very similar to Cariban, could possibly refer to the native inhabitants of the West Indies. Caliban and Ariel, who would also have been natives, are unhappy about being “enslaved” by Prospero and want their freedom. Ariel uses partnership and cooperation to get her where Caliban is more rebellious fighting against enforced captivity. Many criticized the play for its anti-feminist views. Showing the only female character, Miranda, as subordinate to the other male cast. The time the play was written was definitely a patriarchal society and so it wouldn’t be out of place for the time. But I always saw Miranda in a different light. She is smart and strong and strong-willed and Ferdinand’s equal. That’s probably just wishful thinking on my part, though. For modern audiences and to balance the play’s gender roles, Ariel and some of the other characters are often cast as female but are male in the original text. Even Prospero is sometimes introduced as a woman, which changes the dynamic of the series a bit, but also has some very positive attributes. I was cast as Antonio, the evil brother who plots through the King of Naples for his selfish gains. As much as I love being the hero, playing the villain is so much fun and the cast I was with was superb and some of my dearest friends. Our Prospero, who was also female, can be done as shown above. I have very good memories of this show and I would like to do it again. 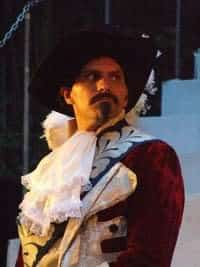 Like many of Shakespeare’s plays, there are several film adaptations, but for The Tempest there is a very famous one. The 1956 science fiction film Forbidden Planet completely parallels the story. The most recent film was a 2010 production which saw Helen Mirren star as Prospero. 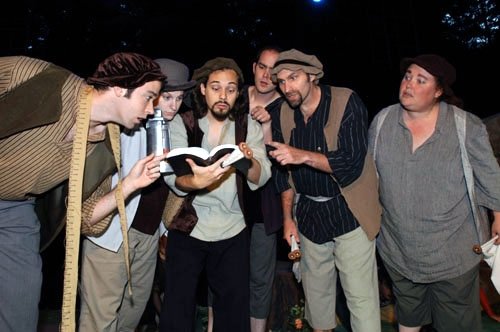 There is something magical about Shakespeare’s plays in general. If you can break through the language barrier that most people have, the themes and storylines are all timeless and still resonate with audiences to this day. The supernatural and the wonders of the universe are all featured. Ghosts and gods, witches and magic, fairies and romance, murder and mayhem can all be found.

My time on the classical stage

Is there idle money in your jewelry ...