Solly McLeod (The Rising) stars alongside Sophie Wilde (You Don’t Know Me). The screenplay was written by Gwyneth Hughes (Vanity Fair, Miss Austen Regrets), while Georgia Parris (Mari) is directing. Benjamin Greenacre, whose credits include the BBC miniseries The Trial of Christine Keeler, will produce. 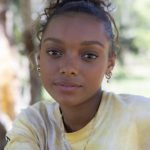 The novel is a picaresque tale of Tom Jones’ quest to find love in British society and was originally published in 1749. The novel has already been adapted into a film in 1963, starring Albert Finney, and a series of the BBC in 1997, with Max Beesley. .

Hughes said: “Tom Jones is the mother of all romantic comedies and isn’t that exactly what we all need after the last two years of misery? Fielding’s 18th century novel is sexy and fun; it’s also a dramatic roller coaster, addressing so many modern concerns about consent, sexual equality, and the pursuit of happiness.