Time passes too quickly ! And we must keep alive the memory of pop culture for the youngest. It seems like just yesterday, many of us were watching reruns of classic shows on open TV, so dear to an entire generation. Over the years and the growing offer of the most varied streaming sources, it has become an impossible mission to watch or even know everything like before. With this avalanche of new series every month, young people hardly ever look to the past when watching something interesting on television. It is precisely for this reason, to introduce the younger generations, and also to serve those who, like us, are immensely nostalgic for a remarkable era that will never return, I have decided to separate the main television series from the years 1990 which ends 30 years of their premieres in 2022. The joke here is this: for the younger ones, the challenge will be to know if they know or have heard of all the programs presented below. And for the older ones, to know if they remember all of them and which ones they liked to watch. Check.

One of the most beloved television romantic comedies of all time, the show starred small-screen couple Paul Reiser and Helen Hunt. In fact, the series served to reveal to the world the talent of actress Helen Hunt who, in the second half of the 90s, when the series was still on the air, would also star in films such as the blockbuster produced by Steven Spielberg, Twister, and the comedy-drama Better Is It Gets, alongside Jack Nicholson – which earned her an Oscar nomination followed by that of best lead actress. Mad About You (as it first became known on cable TV shows in the 1990s) premiered in 1992 and ran for seven seasons until mid-1999. The plot showed a young couple living in New York… well, in the 90s. Like shows like The X-Files and Will & Grace, Mad About You also saw a revival decades later with an eighth season in 2019. on the Spectrum streaming platform. 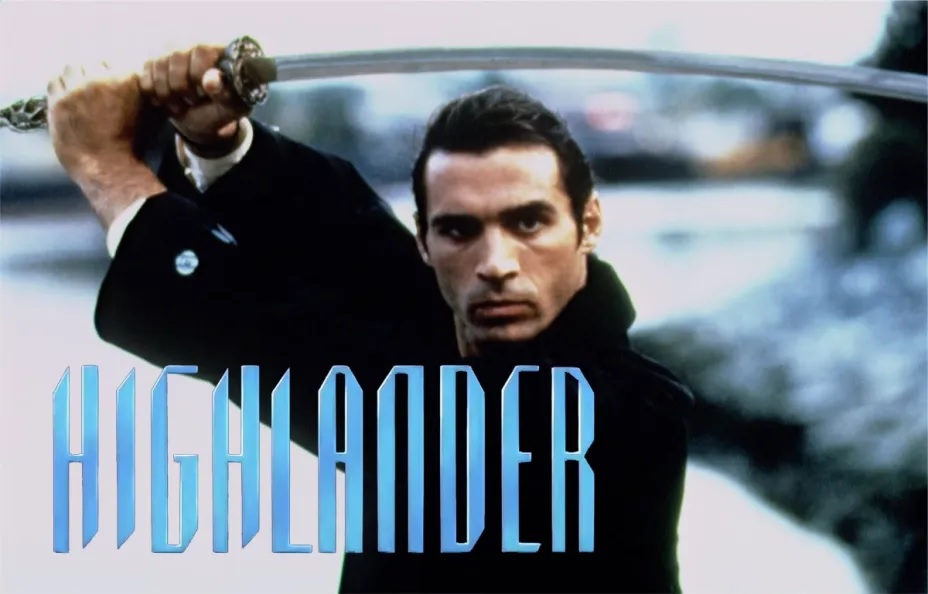 Highlander – The Immortal Warrior is a 1986 cult film, much loved by 80s fans. The first sequel to the film starring Christopher Lambert and Sean Connery arrived as early as 1991, and although it was a hit with children and fans at the time during its airings, the general consensus from critics was that the sequel failed and the box office return was disappointing. Despite everything, the franchise will still bring a third and a fourth installment on the big screen, in 1994 and 2000, and a fifth film released directly on video, in 2007. That, of course, in addition to two television series, a drawing animated (in 1994), and a remake starring Henry Cavill and directed by Chad Stahelski (of the John Wick franchise) is currently expected. Thirty years ago, we will be faced with the first time Highlander was brought to the small screen as a live broadcast. Highlander – The series starred Adrian Paul as Duncan MacLeod, a relative of Lambert’s character, and ran for six seasons until 1998. 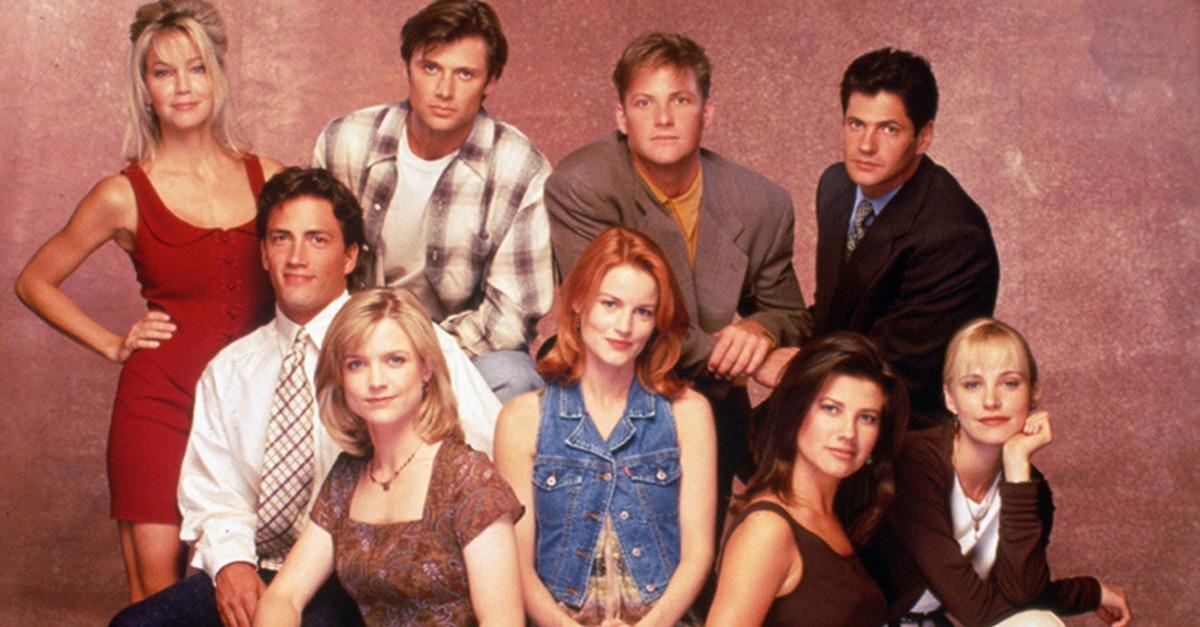 Who doesn’t remember Melrose? Barrados no Baile fans will definitely remember this. After all, the two series belonged to the same universe, and were produced by the same Aaron Spelling. Both were also created by Darren Star, with Melrose being considered the “adult” version of Barred at the Ball. The first debuted in 1990 and chronicled the lives of privileged teenagers, living in Beverly Hills but facing the same dilemmas as any young person, including drug addiction. In ten seasons, Barrados no Baile has seen teenagers become adults. Melrose found her characters already in adulthood, having to deal with other kinds of dilemmas, such as finding a place to live, keeping a job, and a relationship. Apart from that, thirty years ago, he had already had the courage to introduce a homosexual character into his plot as one of the protagonists, Matt Fielding (played by Doug Savant). Melrose served to make actresses such as Heather Locklear, Courtney Thorne-Smith, Daphne Zuniga and Brooke Langton famous at the time, for seven seasons until 1999. Like Barred at the Ball too, Melrose would get a reboot at the end of the 2000s. . His reboot, however, would only last one season. 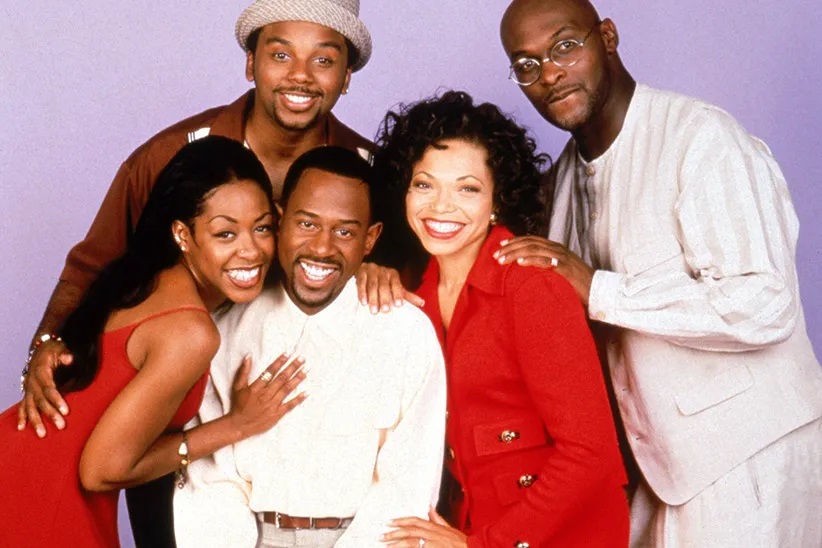 Comedian Martin Lawrence may even be a little absent these days, but the comedian has already had plenty of success on TV and in movies. Everyone must remember Vovó Zona very well, for example, one of his biggest hits on the big screen. It all started thirty years ago for Lawrence, when he had his own television series called…Martin. In the comedy program, he played a radio and television actor, dealing with his girlfriend, a friend and his sister. Almost like a sketch, Lawrence was free to create and play several other characters on the show, including his own sister. Soon the program will become cult and gain a legion of fans. Although he debuted two years after the hit A Crazy in the Piece, starring Will Smith, it was Lawrence who recommended his friend team up with him in 1995’s The Bad Boys, which would have two sequels. . . The Martin series ran for five seasons until 1997. 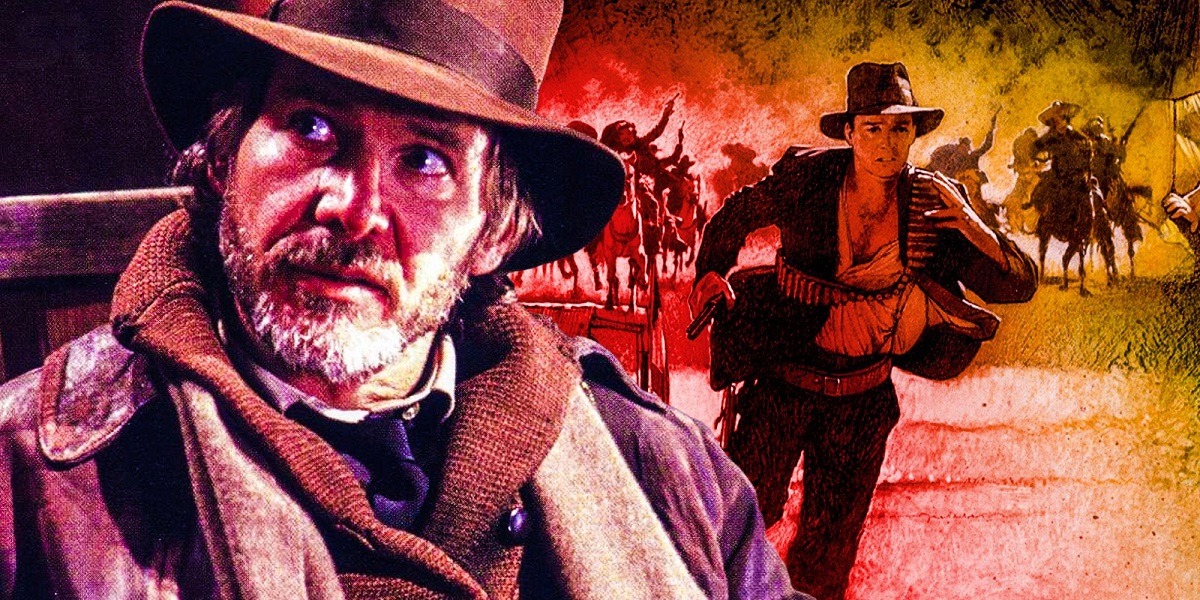 Once again, we’re back in the business of series that are adaptations or variations of blockbuster films – and you think that’s a thing of the moment. After the Highlander cult, here is the small screen version of a real blockbuster. The Indiana Jones trilogy, directed by Steven Spielberg and produced by George Lucas, debuted in 1981 and became a staple of entertainment cinema in the 1980s and beyond, with sequels in 1984 and 1989. 1990, the franchise migrates to television, with production and creation by the same George Lucas. The idea for the show was something presented at the start of the third film, Indiana Jones and the Last Crusade, which showed in its opening one of the protagonist’s first adventures, still in his youth, in the forms of River Phoenix. Thus, Lucas came up with the idea of ​​retelling other previous Indy adventures, which preceded the first feature film in 1981. In the series, however, the protagonist took the form of Sean Patrick Flanery. The program always started with the former protagonist, played by actor George Hall, telling the viewer about his adventures. But not only. In the episode ‘Mystery of the Blues’, the series had the illustrious participation of Harrison Ford himself as Indiana Jones at age 50. At the time, the series was not as successful and ended up being canceled in 1993, after two seasons. Over time, the series has become cult. Those who lived in the 90s will certainly remember the broadcasts of the show on Globo. 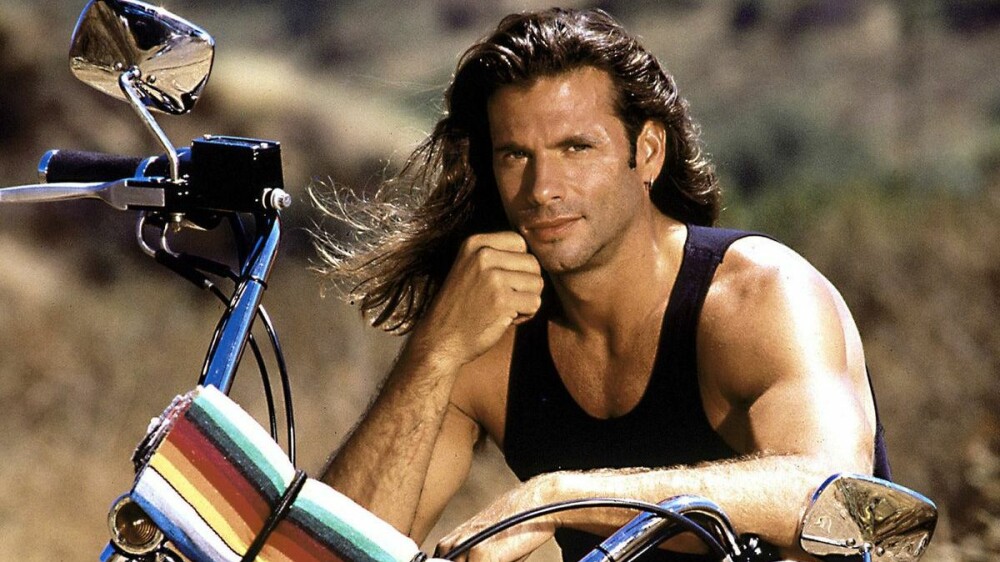 Certainly, those who lived through the 90s remember the name of Lorenzo Lamas and must also remember this series that made him famous. Airing on the American channel USA, the action series starred Lamas as Reno Raines, a guy in the crosshairs of corrupt police lieutenant Dutch Dixon, who kills his girlfriend and incriminates him. Thus, Reno becomes the “Renegade” of the title, needing to escape everything and everyone in the best The Fugitive style. The show ran for five seasons until 1997. 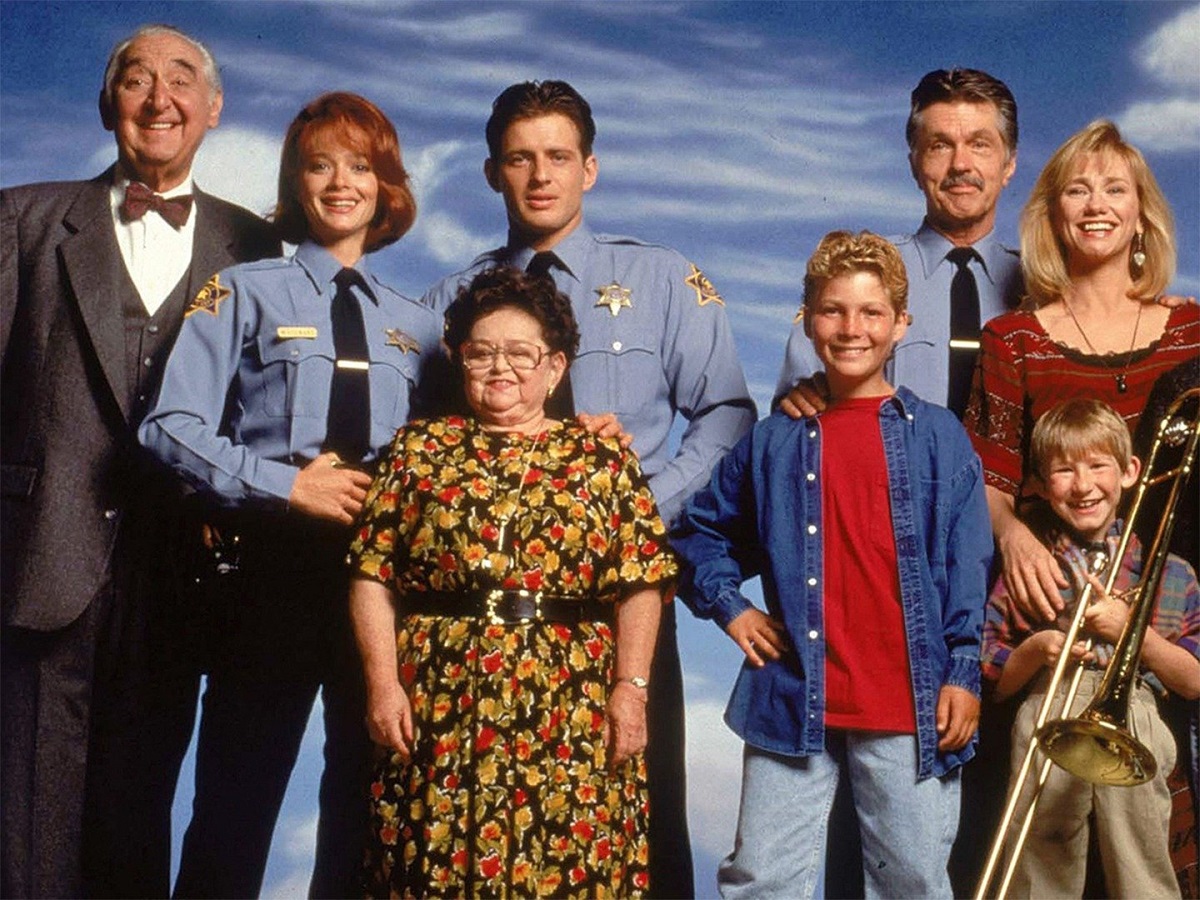 Detective series set in quiet towns are always an attraction. And that was precisely the theme of Picket Fences, a series created by David E. Kelley, husband of Michelle Pfeiffer, and one of the big names in American television, responsible for series like Big Little Lies and Ally McBeal. Here, Tom Skeritt (from Alien – The Eighth Passenger) plays Sheriff Jimmy Brock, who, with the help of his police, tries to maintain order in the small town of Rome, Wisconsin, victim of countless strange mysteries and crimes. . Rounding out the cast, Kathy Baker played Doctor Jill Brock and Lauren Holly played police officer Maxine Stewart. The series ran for four seasons until 1996. 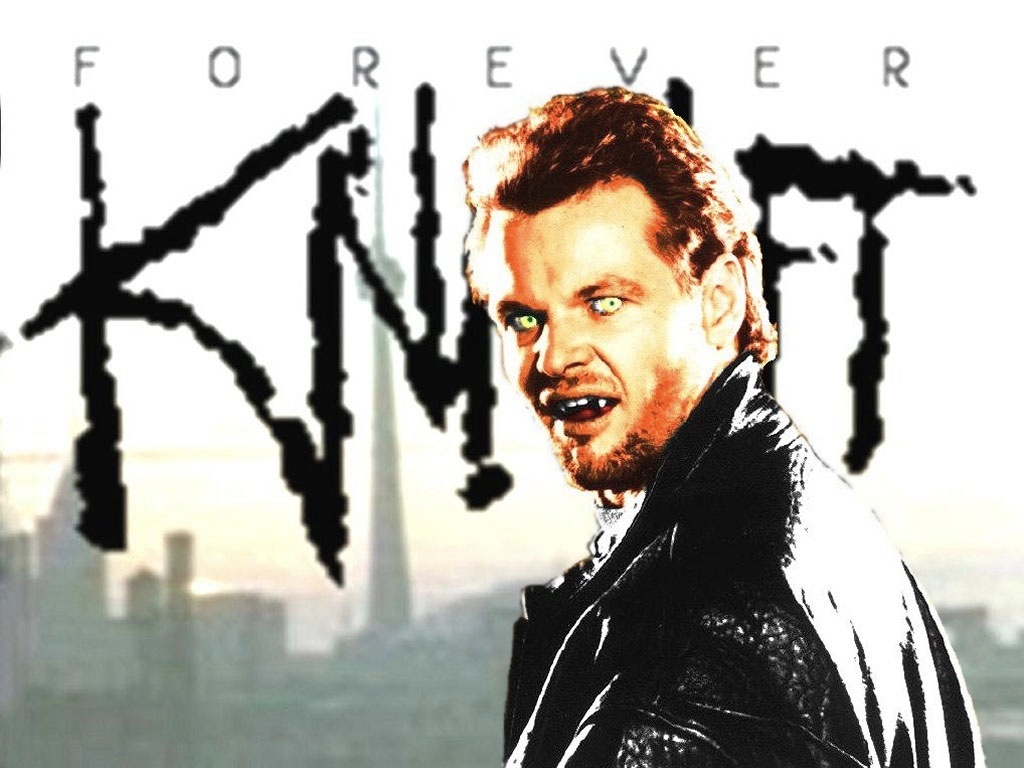 Speaking of programs with an atmosphere of suspense like the above article, now a representative of horror comes to the list. The crazy series wasn’t very famous, but the story featured Nick Knight (Geraint Wyn Davis), an 800-year-old vampire trying to earn his redemption, living as a police officer in Toronto, Canada, and trying to hide his true black. nature of all those around him. The series also mixed drama and detective stories in its narrative. The show ran for three seasons until 1996. 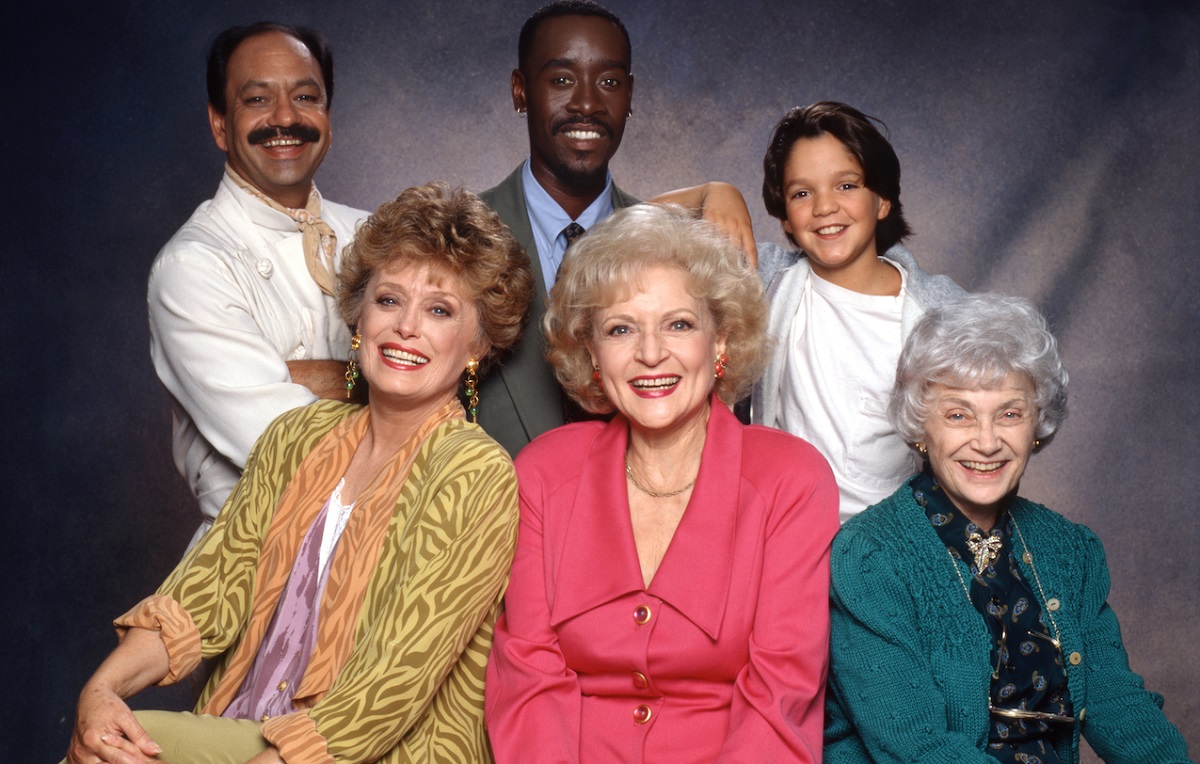 It’s also not uncommon or new for spin-off series from other hit shows. What happens in most cases is that few people can stand on their own and be as successful as where they come from – one of the most notorious cases of all time is the disastrous Joey, derived from the success of Friends. This is also the case with The Golden Palace, derived from the 80s hit Super Gatas (The Golden Girls). The original program (launched in 1985 and ran until 1992 – the year of the Golden Palace premiere) was about the friendship of four elderly women, experienced by veterans Betty White, Bea Arthur, Estelle Getty and McClanahan Street. In the spin-off, Arthur’s character leaves the stage (although he appears in two episodes) after his wedding, and the other three decide to open a hotel – the theme of the new series, which functions as a continuation, with the same actresses . The Golden Palace, however, unlike its predecessor, failed and only lasted one 24-episode season. 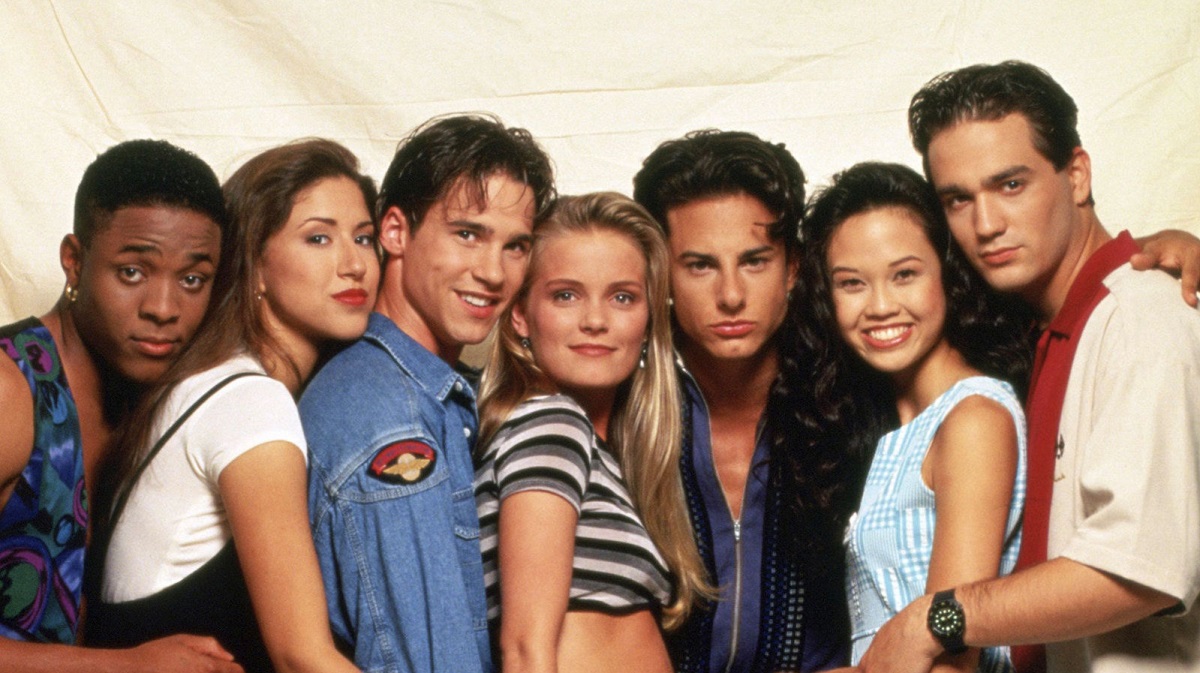 Comedy for teens of the genre very popular at the time, in the style of Galera do Barulho (Saved by the Bell), for example, this program had everything that made the 90s, that is to say the costumes, hairstyles, behaviors and, of course, against a background of garish and artificial colors. The story featured a couple of brothers, played by Kelly Packard and Michael Cade, living in California, who decide to start a rock band called The Dreams, alongside friends. Everything, of course, was just a pretext for musical scenes and songs punctuating the narrative. The atmosphere, however, was as family-friendly as possible. The show ran for five seasons until 1997.