Helen Mirren, 76, wraps in a raincoat over her elegant red rose print dress as she walks to a L’Oréal fitting during Paris Fashion Week

By Owen Tonks For Mailonline

Dame Helen Mirren went incognito behind a face mask on her way to a L’Oreal fitting in Paris during Fashion Week Saturday.

The actress, 76, followed local guidelines to wear the face covering on public transport as she took a cab to her fashion date.

The star could be seen wearing a beige raincoat over a red rose print dress.

Star power: Helen Mirren, 76, wrapped in a raincoat over her elegant red rose print dress as she headed for a L’Oreal fitting during Paris Fashion Week on Saturday

She was wearing a pair of black tights to match the dark tones of her dress and black high-heeled shoes.

The Queen actress could be seen carrying a red wool bag with a circular wooden handle filled with personal effects as she walked into the room.

Her hair was pulled back in a ponytail to show off the earrings that hung from each of her ears. 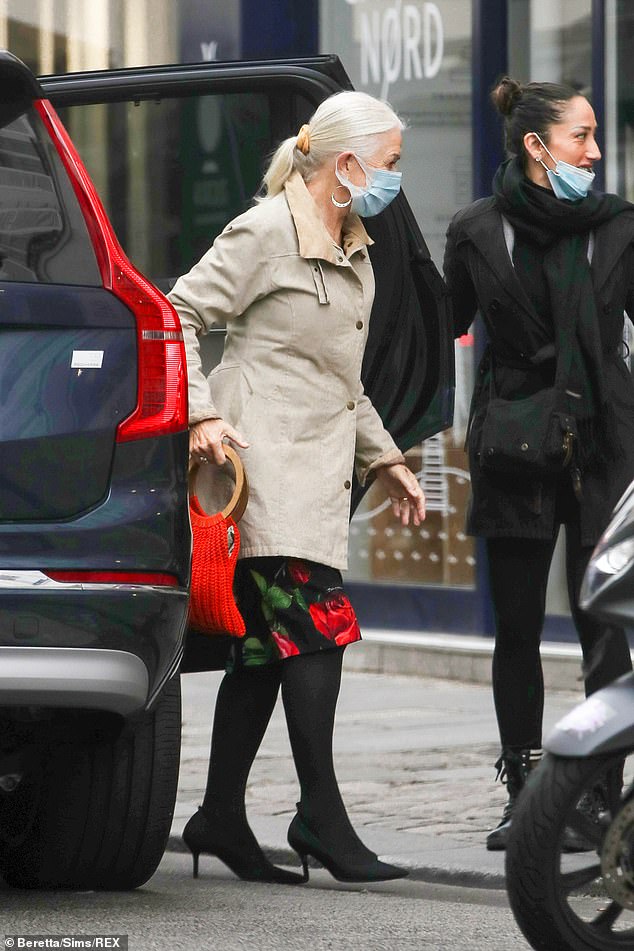 In style: The star could be seen wearing a beige raincoat over a red rose-print dress as she walked towards her date

Dame Helen visited Colorado earlier this month to promote her new movie The Duke at the Telluride Film Festival in Colorado.

The film, slated for release in February next year, follows the story of a taxi driver, Kempton Bunton, who steals Goya’s painting from the Duke of Wellington.

Dame Helen transforms into a vulgar cleaner Dorothy Bunton in a recent trailer for the newly released film, where she stars alongside Jim Broadbent (who plays Kempton). 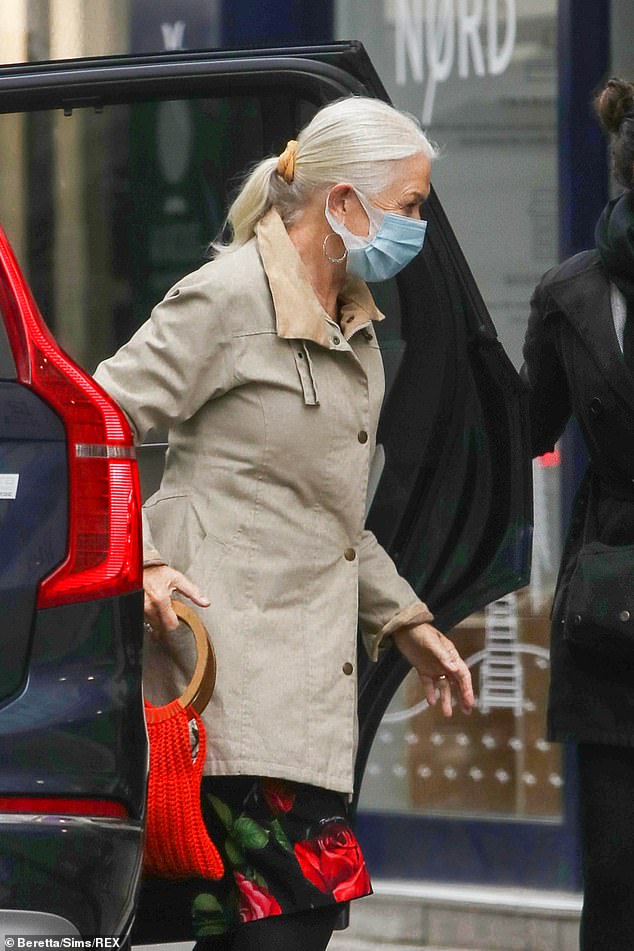 In style: she wore a pair of black tights to match the dark part of her dress and her black high heeled shoes

Speaking of being a part of The Duke, she said earlier this year: “The whole story took me by surprise. You’d want to take it with a pinch of salt if all wasn’t true.

“I loved the charm of the script; it was sweet and very endearing. I like the 60s, it was a more naive, more innocent time.

“Dorothy is the practice, that the wife is so often in the family; she supports the family. Kempton is the dreamer, but he is very committed and courageous in many ways.

“We shouldn’t just take a leaf from Kempton’s book, but also from Dorothy’s book – dreaming is fine, but you still have to pay the bills!” So let’s hear it for practical people in life too.

“It’s very important when you play an old married couple that the audience believe in that relationship. With Jim, I slipped into his wife’s role very easily, there was no effort on my part. 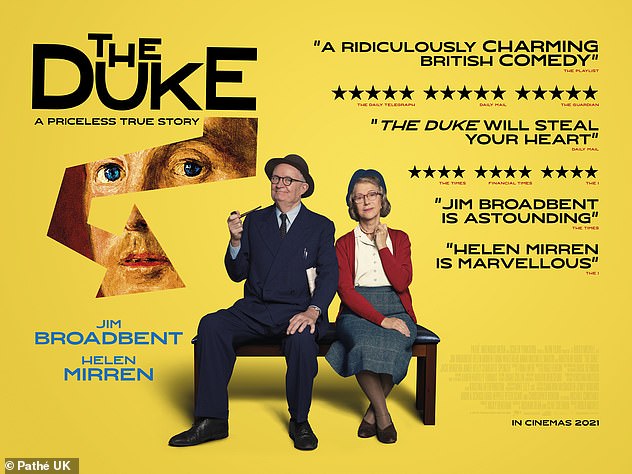 Production: Dame Helen is set to star in The Duke which follows the story of a taxi driver, Kempton Bunton, who steals Goya’s painting of the Duke of Wellington