Helen Hunt, 58, wears a red top with blue leggings as she films a scene for her show Blindspotting in a Los Angeles park

By Janelle Ash for Dailymail.Com

Helen Hunt was seen performing her role in a Los Angeles park on Tuesday morning.

The 58-year-old actress rocked a daring outfit as she paired a bright red tunic with blue snakeskin leggings. She was seen walking through the park with balloons in her hands.

Between takes, Helen lay down with her fellow crew members while wearing a protective face shield, in accordance with local mandates.

Filming: Helen Hunt was seen playing her character in a Los Angeles park on Tuesday morning

The Mad About You star’s new show, Blindspotting, is a comedy-drama series from Starz that debuted in June last year.

Helen plays Rainey, the mother of Rafael Casal’s Miles in the feature film adaptation by Casal and Daveed Diggs. 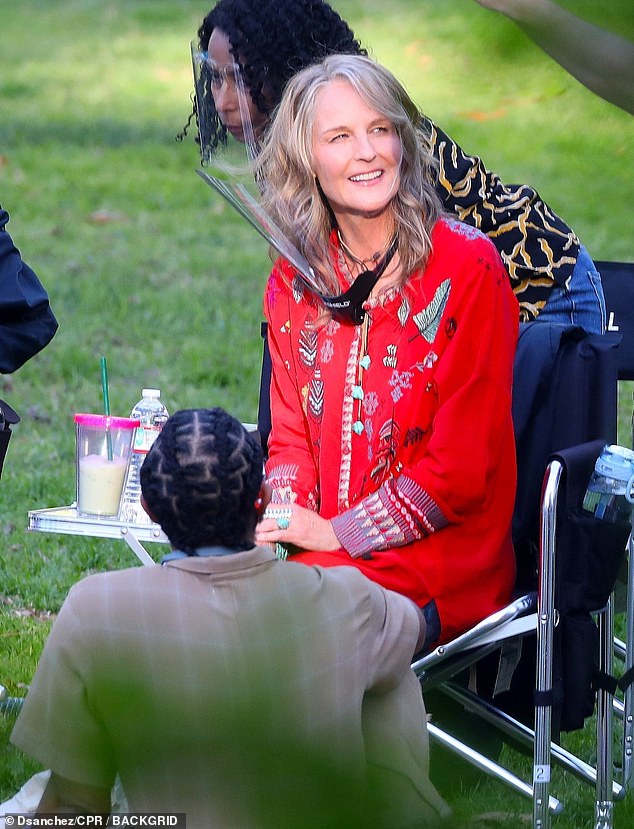 Stay safe: Between takes, Helen lay down with her fellow crew members while wearing a protective face shield, in accordance with local mandates

“It’s such an honor to have Helen Hunt on this show,” Rafael told Deadline in 2020.

“We became friends after she tweeted about her love of film and we searched for a long time for a project to do together.

“She’s been our first choice for the character of Rainey since we dreamed up this show.” 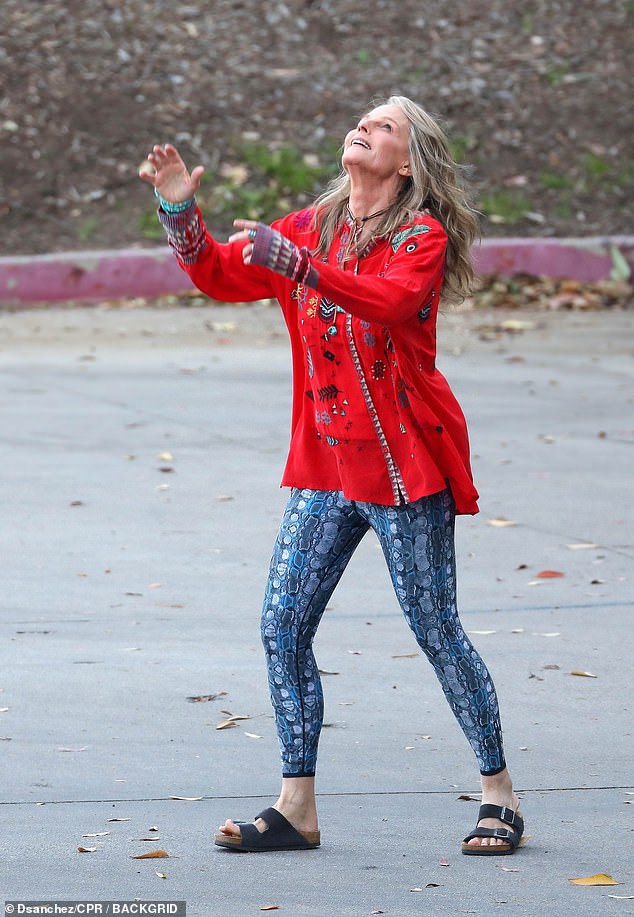 Having fun: The 58-year-old actress wore a daring outfit, as she paired a bright red tunic with blue snakeskin leggings

The show is a film spin-off written and produced by Casal and Diggs. Jasmine Cephas Jones, who starred in the original film, reprized her role and also served as a producer.

Hunt got her start in show business as a television actress, appearing as a guest star on shows like The Bionic Woman with Lindsay Wagner and Swiss Family Robinson.

She then moved on to Mad About You which aired from 1992 to 1999. The show earned her huge popularity and Emmy awards.

Helen has a 19-year-old daughter, Makena Lei Gordon Carnahan, whom she shares with ex Matthew Carnahan.