After the turmoil of the staggered lockdowns resulted in two years of online ceremonies, it was a welcome change for the 2022 APRA Art Music Awards which were announced in person last night at the Meat Market in North Melbourne.

Presented annually by APRA AMCOS and the Australian Music Centre, the Art Music Awards recognize excellence in the fields of classical, jazz, improvisation, experimental music and sound art. The Luminary Awards are also presented to individuals and organizations by state and territory for their leadership and strength within the industry.

“What a pleasure to celebrate the creativity of the art music community after two challenges years! Congratulations to this year’s winners for these beautiful and evocative works. And thank you to all members of the Australian scholarly music community for your tenacity and ingenuity – create and perform under such difficult and unpredictable circumstances – it’s appreciated enormously by your local and global audience,” APRA AMCOS CEO Dean Ormston and Australian Music Center CEO Catherine Haridy said in a statement.

The choral work of the year was awarded to Paul Stanhope for Requiem, a piece setting poetry by Oodgeroo Noonuccal, Neela Nath Das, Mary Elizabeth Frye and Emily Dickinson for a 2021 performance by the Sydney Chamber Choir. 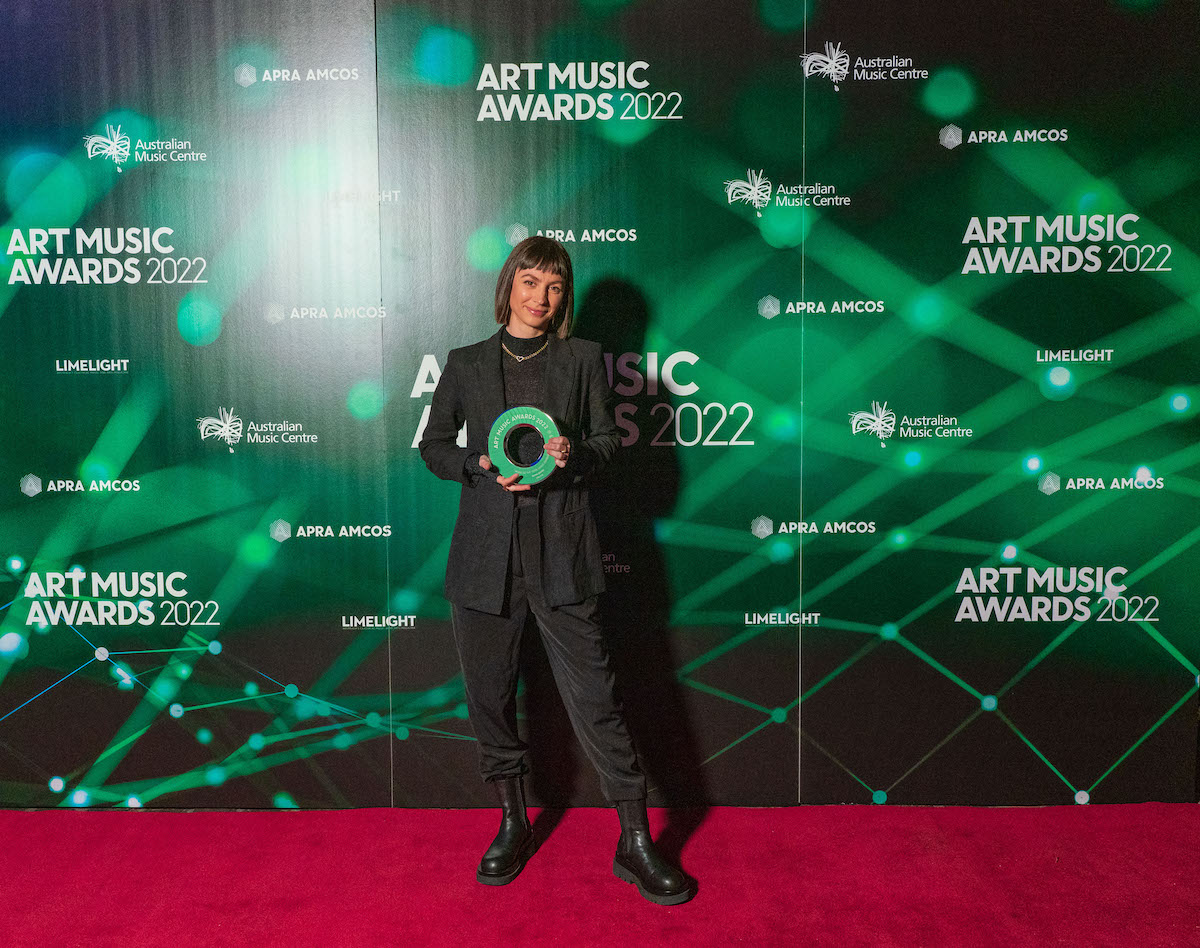 Large Ensemble Work of the Year went to Olivia Davies for Stratushis first commissioned work for large orchestra, which was premiered by the West Australian Symphony Orchestra under the direction of its conductor Asher Fisch.

Poem for a dry rivera multimedia collaboration composed by Jane Sheldon with installation artist and set designer Elizabeth Gadsby, won work of the year in drama.

by Tristan Coelho Hokusai mix tape for flute, viola, harp and electronics received the prize for work of the year in chamber music. It was commissioned by Contra Concerts and draws inspiration from Debussy and Takemitsu to create an affectionate collage inspired by Japanese culture.

Gian Slater’s sixth studio release, gray is the eartha study of the mystical in the mundane, won Jazz Work of the Year.

Sia Ahmad received Work of the Year in Electroacoustic/Sound Art for her piece Deep disintegrationcomposed for Benjamin Anderson and his pioneers double bell trombone.

Jazz/Improvised Performance of the Year was won by Jeremy Rose & The Earshift Orchestra, with Simon Barker and Chloe Kim for their collaborative work Disturbance! the voice of the drums, accompanied by screenings by Pachel Peachy and Paul Mosg.

For its work teaching music skills to neurodiverse people in Queensland, which culminated in a series of public performances, non-profit arts organization Honeybee Creative received the Excellence in Music Education Award.

The Excellence in a Regional Area award went to Tura New Music and Marrugeku for their work in Western Australia with their Sonus3 program and tour which reached communities across the Kimberley. 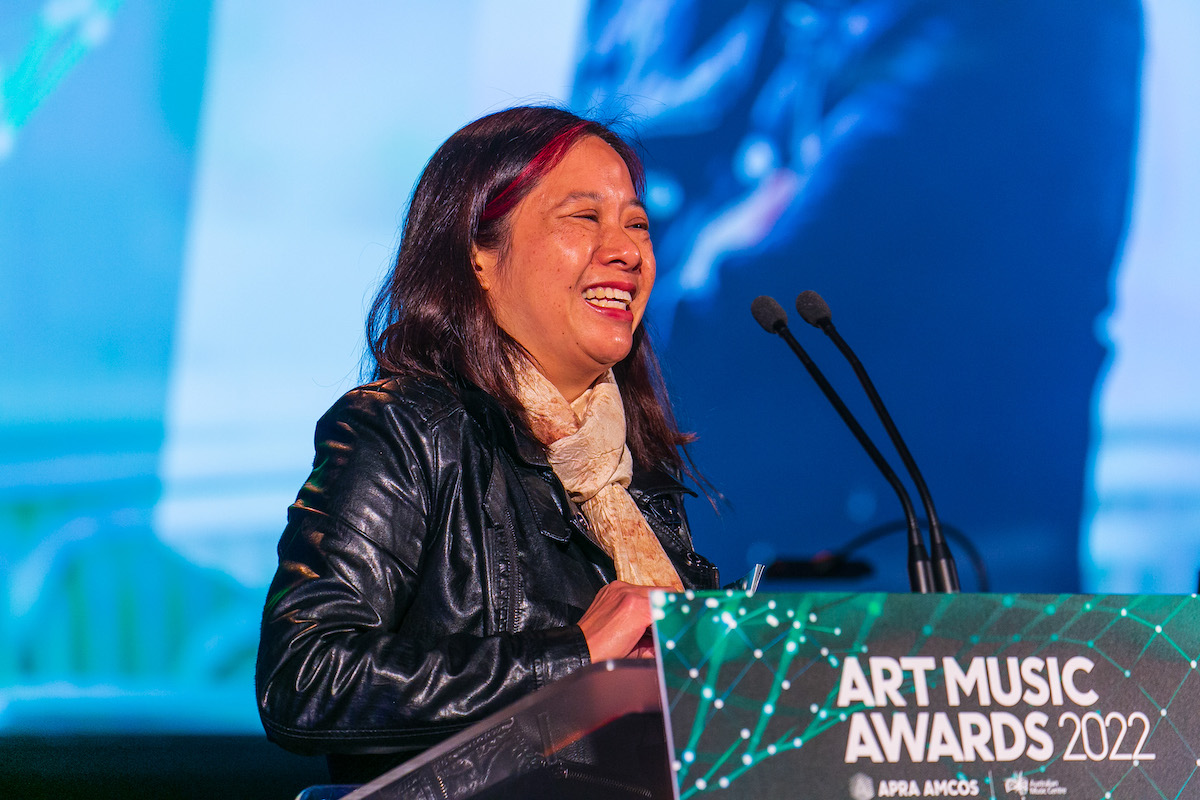 Liza Lim received the National Luminary Award for an Individual for her compositional work and leadership at the Sydney Conservatorium of Music where she directs the Composing Women programme.

Meanwhile, the Luminary Award for an Organization was given to the Australian Art Orchestra for its contribution to “recording, performing, commissioning and facilitating opportunities for others”.

The Richard Gill Award for Distinguished Service to Australian Music was presented to the late Nigel Butterley, in honor of his contributions to the Australian arts in composition, broadcasting and education.

Work of the Year – Choir

Work of the Year – Drama

Work of the Year – Jazz

Work of the Year – Large Ensemble

Work of the Year – Chamber Music

Work of the Year – Electroacoustics/Sound Art

Performance of the Year – Jazz/Improvised Music

Performance of the Year – Rated Composition

Excellence Award in a Regional Field

Tura New Music and Marrugeku for Sonus3 program and tour

ADSR Zine for 2021 activities including exhibition, showcase and online catalog of editions

Australian Art Orchestra for his sustained leadership and contribution as an organization, record, perform, order and facilitate opportunities for others.

Queensland: Kieran Welch for his sustained contribution to Brisbane’s creative music culture as a performer and artistic director of Dots+Loops

SA: Mark Ferguson for his sustained contributions to the fields of education, jazz performance and composing

WA: Mace Francis for the work of artistic director, composer and conductor

Art Music Awards winners and nominees for 2022 can be found here.